In an earlier post, I commented on the privatization of clean air as a business model that in effect commodifies what should be a basic right.  Clean air has become the bottled water of China’s 21st century; a once-ubiquitous resource (clean air) is becoming a mark of class privilege in places – large industrial cities, for example – it is increasingly hard to come by.

Apparently, an Australian company has recently gotten into the game.  Two Sydney-based entrepreneurs have been selling canned Australian air in China.  The canned air was originally sold to Chinese tourists as a kind of whimsical souvenir, but the company soon realized that Chinese consumers were seriously interested in their product for reasons beyond a silly touristic representation of Australia.  They really just wanted the air!  As one of the founders put it:

Meanwhile, not to be outdone by entrepreneurs in Australia or Canada, villagers in northern Guangdong Province have also been selling clean air to tourists.  Theirs is a more low-tech approach; they just sell it by the bag.  But it’s much cheaper than Australian air! 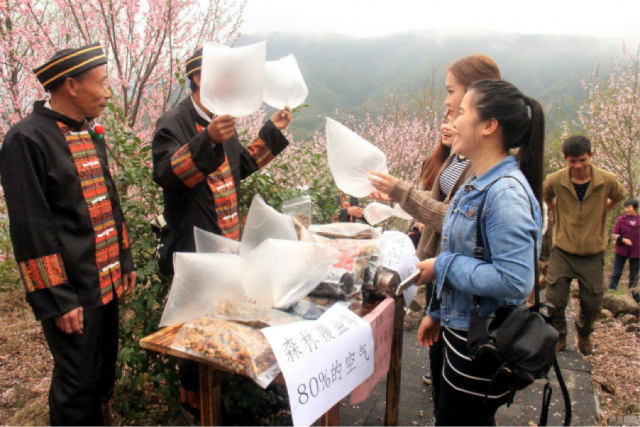 Villagers in Qingyuan, Guangdong, selling bags of air to tourists

This entry was posted in Environment, Tourism. Bookmark the permalink.